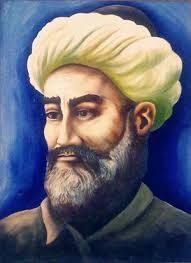 At the heart of the development of Uzbek literature is rich folklore - amateur and folk arts. People wrote and passed from mouth to mouth heroic epics whose characters became heroes who fought against oppression and oppressors, depicted in the images of evil forces. Thus were born such epic works of Uzbek folklore as "Ker-oglu" and "Alpamysh." The poem "Alpamysh" tells the story of the courage and bravery of the Uzbek athletes. This poem survived the centuries and became a real monument of Oriental literature.

Another popular folk work of art was a cycle of the tales and stories about Nasreddin Afandi - deft, clever fox, who, with his antics lesson gave a lesson to the greedy rich men and money-bags.

In the XI century it was created numerous works which were based on religious norms of Islamic morality. They are some instructive poems, such as "The knowledge that gives happiness" (1069) by Yusuf Balasagunskii, "The Gift of the truths" by Ahmad Yugnaki and especially the "Dictionary of Turkic dialects" (1072-74) compiled by Mahmud of Kashgar. Historical epoch reached its high peak in the fiction of Amir Temur and as so as in his dynasty. Its popularity was based on the fact that the products were becoming more secular in nature, getting rid of excessive religiosity. During this period, works great eastern poet, thinker and statesman Alisher Navoi, who is considered a classic of Uzbek literature and the founder of the Uzbek language. His imperishable works - "Chordevon" and "Hamsa" are included in the treasury of world literature, and translated into hundreds of languages around the world.

The last of the Timurid dynasty, the founder of the Great Powers of the Mongols in India, which had been existed for over two centuries - Zahiriddin Muhammad Babur -, was not only a talented regent and military leader, but he also became famous as a brilliant poet of his time. His epic poem describing his autobiography is “Baburname”. He recounts the history of the peoples of Central Asia, Afghanistan and India. It is a masterpiece of Uzbek literature, a valuable historical and literary monument of that time.

Uzbek literature of the XVIII-XIX centuries was mainly lyrical, and is dedicated to the love theme. In this period are known such great poets as Nadir, Uvaysi, Mashrab, Khwarizmi, and many others.

At the beginning of the XX century Uzbek literature of the Soviet period was born. Important representatives are Mukimi Furkat, Hamza Niyazi Khakimzade and Sadriddin Aini Abdullah Kadiri, Fitrat, Oybek, Ghulam Ghafoor, Abdullah Kahhar, Xamid Alimjan, Uygun and the others.